I’ve recently switched to Virgin Media. I wrote a large and rather geeky feature about it. The broadband speed is good. Very good. In fact, if you get your WiFi setup right then you can easily get more than you’re paying for. Here, for example, is my 200Mbps broadband speed test..

Trouble is, today is Tuesday and none of the “On Demand” content on the Tivo box we have works. So, head to the “Service Status” screen on their portal and it tells you that it won’t be fixed… for two days…

Now OK, I don’t quite know what they need to do. Perhaps they need to replace some doo-hickey at the local hub .. thing. I don’t know. But, perhaps worse (from a customer perspective) is what happens when you ask to be updated via text message about the problem. 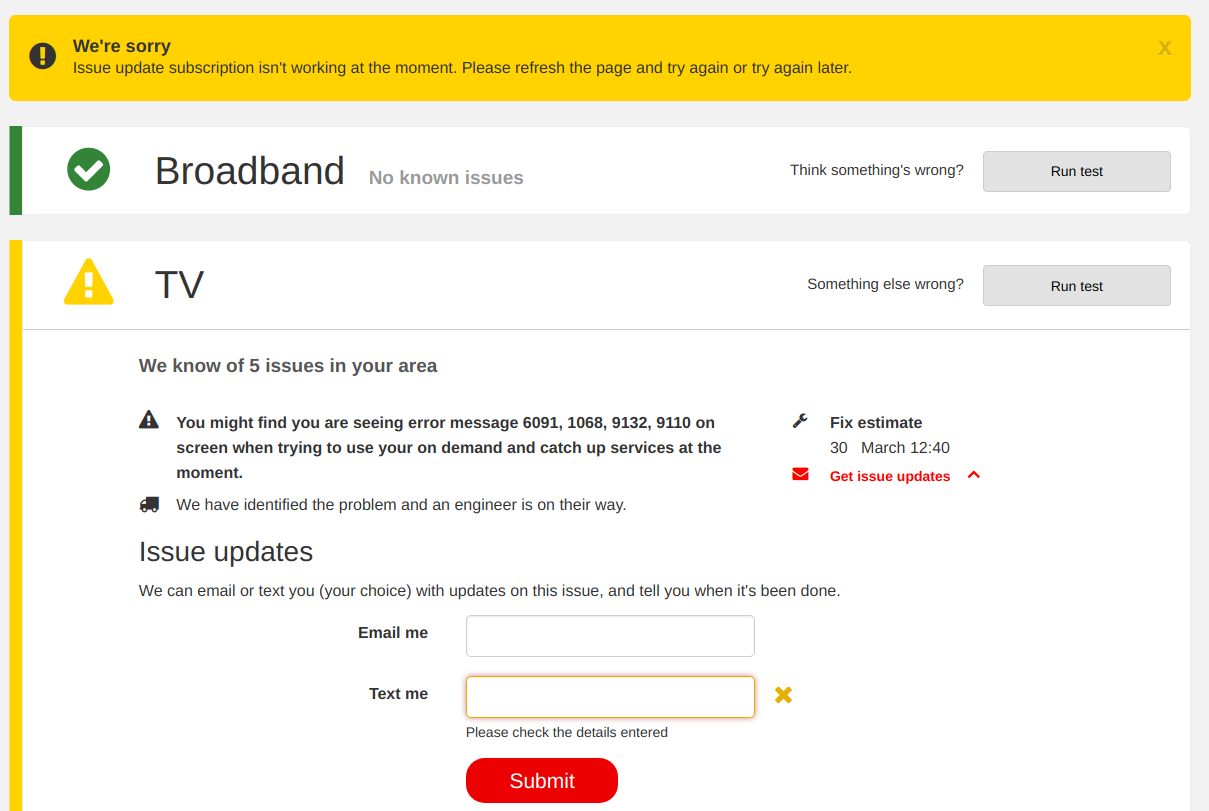 (I’ve blanked out the phone number)

So, it’s just gone 8PM. The Virgin Media call centre is empty, the social media team can’t really do anything and the system that it supposed to update you doesn’t work either. Fail. The IT bods need a bit of a kick.