Bloody hell. The speed is great, the TV service is OK.. but… oh dear, everything else has just been terrible. The On Demand wasn’t working for days on end, so I complained. They eventually fixed it. Then parts of it broke again and, days later, it’s still not fixed.

This is how things are tonight. Access to Facebook has broken again on the broadband (it broke 6 days ago but they seem to have broken it again somehow).

I’m trying to watch shows on All 4 but it’s not working. Sky channels aren’t working on Catch-up TV. The update below says they’ll need another two days to fix this, even though the on-demand completely died a 3 weeks ago too.

Meanwhile, there’s other bugs. Perhaps less significant but bizarre and regular. The audio description service isn’t working, some other shows won’t stream and my Android app is crashing out when I do simple searches. It all feels a little unfinished. A little rushed. The whole TV6 box feels like the on-demand was crow-barred in last minute and I’ve rebooted it more times in the last few weeks than I ever did with Sky in the many years I had it.

All in all, a bit of a poor show really.. 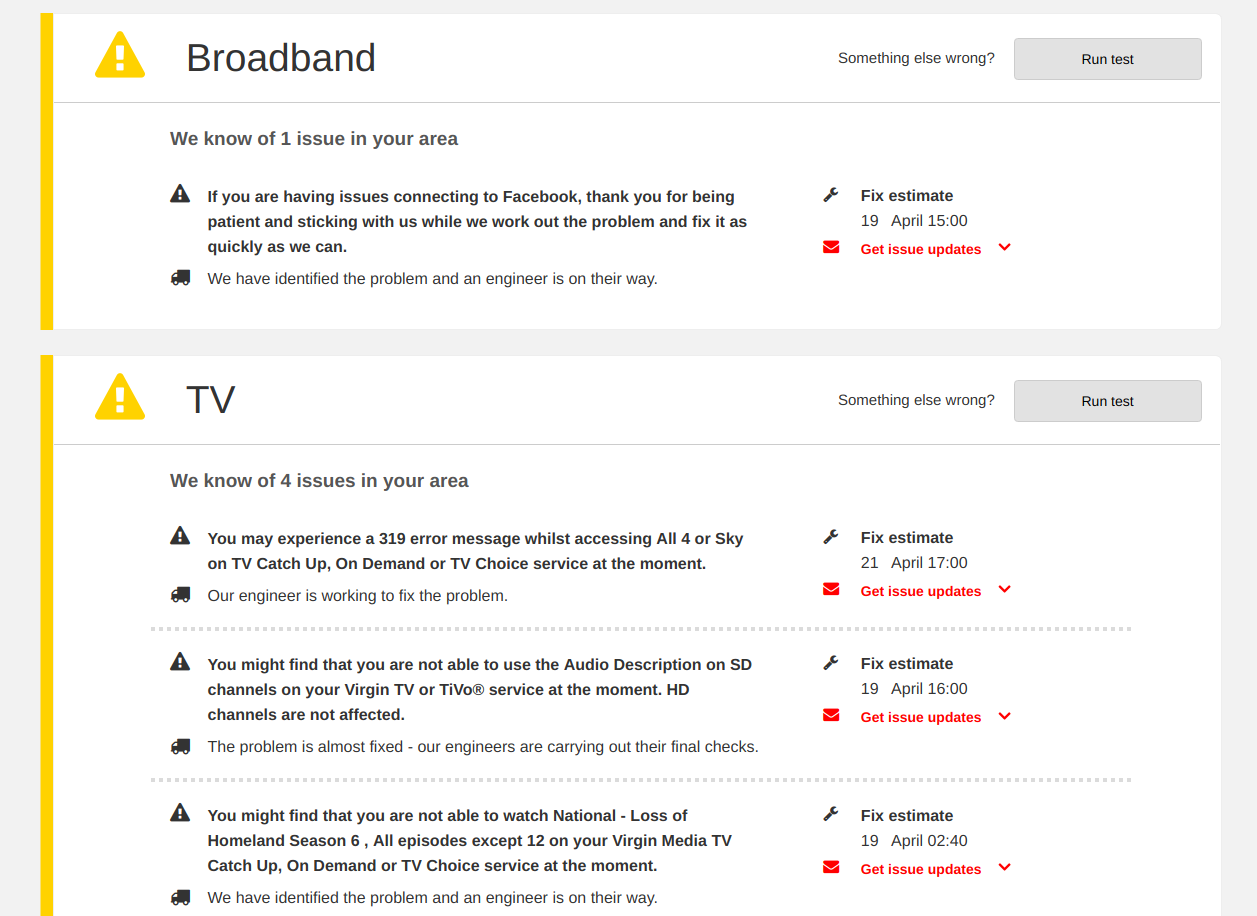 ← Day 2 of our Virgin Media outage
Virgin Media – At last, the On Demand is due to be fixed today! →