I really can’t stand these “build you own” magazines. They usually involve you starting to create something using a magazine which is effectively just a bunch of adverts wrapped around some build instructions, and usually the first one in the series is discounted. Then, after you’ve bought the second, third and fourth magazine, you’re kinda getting into it and you’re hooked. Trouble is, you’ve got a long, long way to go, and if you miss a copy you’re screwed.

Today it’s a magazine which is being advertised on TV and it’s called “Build the Routemaster”. The first copy is £1.99. Here’s what you’re going to end up building… 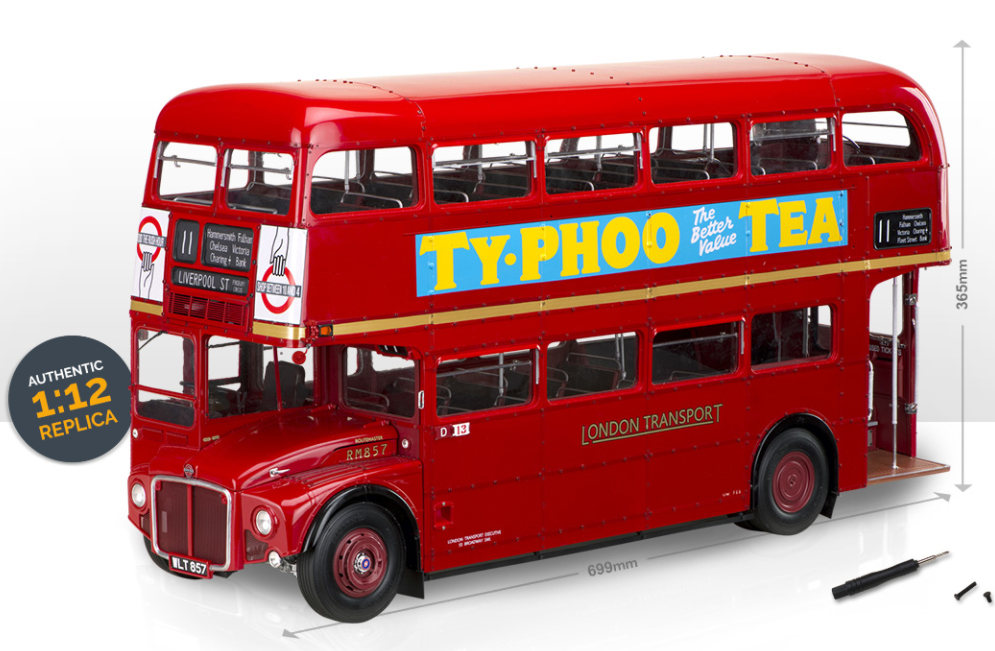 Strangely the TV advert doesn’t properly tell you how long it’ll take to build. Sure, it’s on the screen for about 1 second in the top right corner but you’ll probably not notice it. Don’t worry though, I’ve done the maths. Also, as you’re probably worried about missing a copy and not having all the relevant bits, you can order a subscription. Yay.

Wait a minute though, because if we have a look in the small, small print on their site it clearly states how much things are REALLY going to cost.

Oh wait though, because this is going to keep you going for AGES. On the site, in the smallest font possible and spread across two background colours just to make it super hard to read, it says..

Can’t read that? It’s OK, I can make the relevant bit it a bit bigger for you…

Yes, 130 issues. One comes out each week, so that’s TWO AND A HALF YEARS WORTH OF WORK.

No wonder they’ve got money for TV adverts!!!!